"Our new Central Bay facility is the foundation for the San Francisco Bay Area ferry system of the future," said Nina Rannells, WETA’s executive director. "WETA’s long-range strategic plan calls for more frequent service and additional terminals: a tripling of the fleet and a quadrupling of ridership. The Central Bay facility will allow that to be possible by making our fleet operations more efficient."

Features of the new facility include:

The facility is named after Ron Cowan, an Alameda businessman and lifelong champion for expanded ferry service in the San Francisco Bay Area. Cowan founded the Harbor Bay ferry service in the 1980s, chaired the Blue Ribbon Task Force that called for the creation of WETA in the 1990s and chaired the Water Transit Task Force in the 2000s. In 2016, the WETA Central Bay facility was dedicated to and named after Cowan.

"We’re honored to have Ron Cowan’s name gracing the building,” Rannells said. “His name is synonymous with ferries in Alameda and beyond."

The total construction cost of the project was $50 million, funded by State Proposition 1B through the California Office of Emergency Services (Cal OES) and the U.S. Department of Transportation’s Federal Transit Administration. 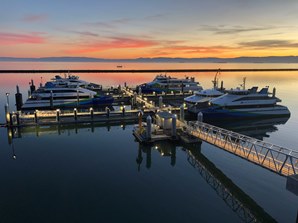 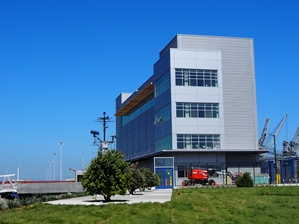