The Downtown San Francisco Ferry Terminal is the central hub for San Francisco Bay Ferry service. The following routes serve the Downtown S.F. terminal. Click on the links to get schedule and fare information. 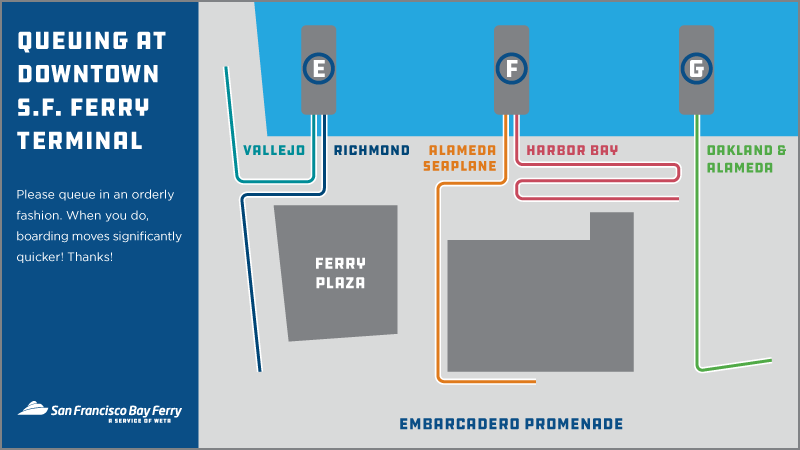 Ferry passengers have access to several Muni and Muni Metro routes with stops near the ferry terminal. Check the Muni system map for more information. Passengers can also connect to BART at the Embarcadero Station. For information on other transit operators with service near the Downtown S.F. Ferry Terminal, check 511.org.

Many employers outside the Downtown core offer private shuttles to transport commuters from the Ferry Terminal to their campuses. Contact your employer to find out if there's a shuttle available.

Bicycles are welcome on San Francisco Bay Ferry, and many ferry riders use their bikes after disembarking in San Francisco to get to their destination. In addition, the region's bike share program Bay Wheels has several stations near the terminal. Visit Bay Wheels to learn more.

There is limited paid parking in Downtown San Francisco. You can find maps, rates and additional information at the SFMTA's website.